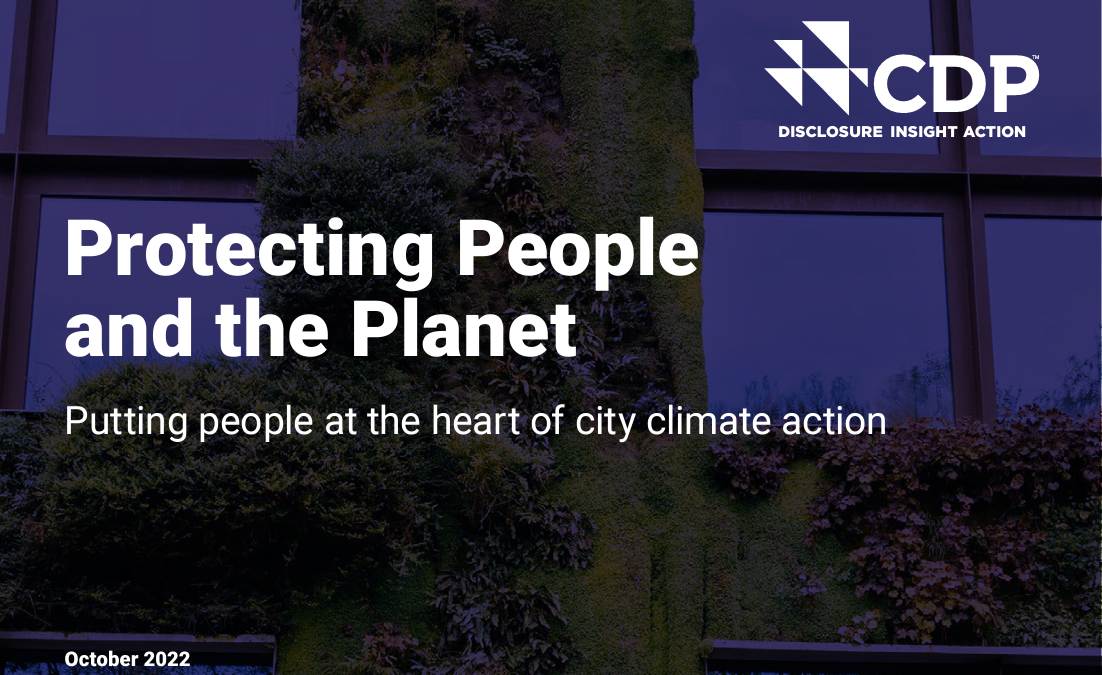 “Extreme and unprecedented weather events, severe droughts, floods, and raging wildfires show us, time and again, the devastating impacts of climate change on people. Home to more than half of the world’s population, cities find themselves on the front line of climate change and exposed to extreme climate-related hazards”, states the latest report “Protecting People and the Planet” by the euPOLIS partner CDP.

Their new report, Protecting People and the Planet, uses the latest data to highlight the hazards cities face from climate change – from the people affected to critical resources under threat – and demonstrates the urgent need for cities to put people at the heart of their climate action.

The report uses the latest data to highlight the hazards cities face from climate change – from the people affected to critical resources under threat – and demonstrates the urgent need for cities to put people at the heart of their climate action.

The overwhelming scale of the climate crisis is clear, and it is growing ever larger. The latest data comes from the responses of cities to the CDP-ICLEI Track in 2022 and shows that 80% of cities are facing significant climate hazards, from extreme heat to floods, and for almost one in three cities (28%,) these hazards threaten at least 70% of their population. Moreover, a quarter of cities (25%) are facing a high-risk hazard, such as extreme heat, that is expected to increase in intensity and frequency by 2025.

The analysis reveals that cities taking people-centered climate action – where the needs and experiences of people, especially vulnerable groups, are considered from assessment to target-setting to implementation – are seeing multiple social, economic, and environmental benefits in addition to emissions reductions. These extra benefits include improved health, more jobs, enhanced social inclusion, and increased biodiversity.

Cities taking people-centered climate actions identified seven times as many co-benefits from climate actions as other cities. All of these benefits make cities healthier, happier and more inclusive places to live, work and invest in:

However, not all cities are able to take a people-centered approach, and so a shift in the approach to tackling climate change, combined with increased support and investment from national governments and the private sector, is needed.

With people at the front and center of policies, climate action will reap even more social and economic benefits whilst creating a more sustainable, safe future for people and the planet.