Palermo is located on the northern coast of Sicily. Palermo has a sunny Mediterranean climate, in an area exposed to the cool mistral wind that blows from Sardinia, but also to the sirocco. The sirocco, the wind from Africa, is able to increase the temperature by several degrees (it can exceed 20 ° C in winter, and touch or exceed 40 ° C in summer).
Palermo is one of the most exposed areas of the Sicily because the wind comes from inland areas (and not directly from the sea as on the southern Sicilian coast), and in addition there is an effect of air compression due to the fact that the wind descends from the mountains. In fact, around Palermo there are mountains about 1,000 meters high.
From April to October the weather is hot, from November to March it is mild. July is the driest month.

The historic agricultural estate of “Villa Turrisi” is located in the western part of the city of Palermo, in a plain once named “Conca D’oro” (gold basin), named after the fruit’s colour, due to the large number of citrus trees present there. Today, most of the agricultural lands surrounding the old city have been built up. The building surrounding the area covered by this study is mainly residential and is characterized by poor architectural quality. The building expansion of the 1960s, in addition to sacrificing the greenery, also razed a large part of the ancient agricultural estates, from the 18th and 19th centuries, owned by the nobles and their beautiful manor houses. Spots of green areas as Villa Turrisi Park remain still now and the municipality’s project is to safeguard them and create a network of urban parks, whose physical connection should be a linear greenway park equipped with cycle-pedestrian paths. 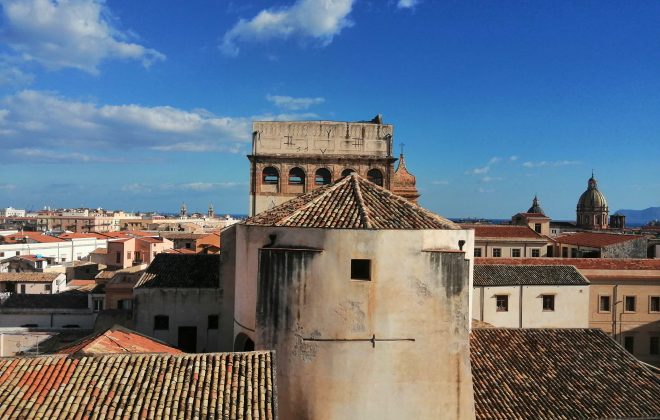 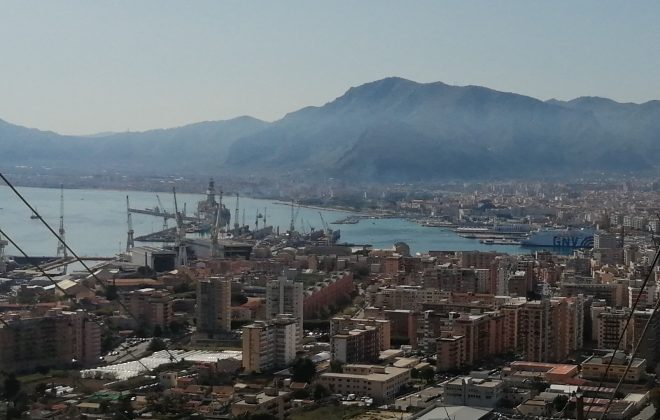 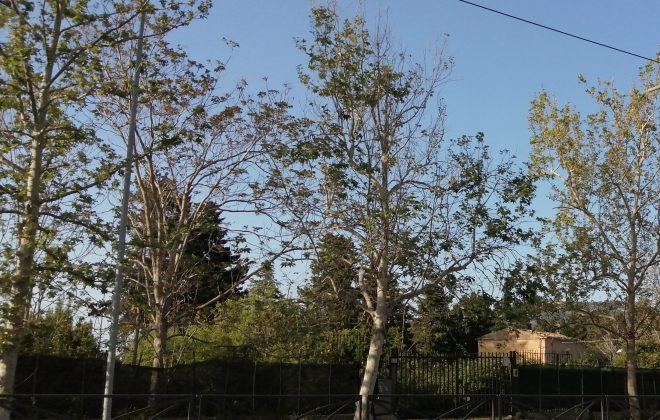 The presence of densely populated residential housing districts with buildings averaging 7/8 floors causes islands of heat in the summer months. An undoubtedly positive aspect is the beneficial contribution to the decrease in temperature produced by the humidity developed by the large amount of vegetation still present in the area which compensate for the excess heat caused by the massive presence of buildings all around. The sensation perceived by passing near these tree-lined agricultural areas is that of a pleasant coolness. Percentage of shading in critical summer months is approc.50%.
Rather than protection from winter winds, the case of Palermo needs protection from summer winds (sirocco).
The case study area is among the few surfaces placed upstream of the ring road still free from buildings of considerable height (or compact buildings) and it’s also the only ones that allow the entire flow of air, North-South and vice versa, to cross the city at low altitude. For this reason, an almost constant air flow is concentrated in it, which produces a constant air exchange, with high benefits for the surrounding residential areas, in terms of reducing the levels of pollution from exhaust gases.
The park is an oasis in the city for many animal species. The extensive vegetation is the ideal habitat for various species of birds of prey, both diurnal and nocturnal, including owls, barn owls, kestrels and buzzards. Many birds in summer, forced by the frequent mountain fires, move to this green area, the closest to the west mountains.

Τhe Passo di Rigano Canal was one of the water flows that, together with the Papireto and the Kemonia, poured water into the city centre during the flood of 1931, contributing significantly to the flood. Even today, the hydrogeological risk of the area is high, as the canals (diverted into cemented paths) cannot dispose of abundant and constant quantities of rainwater. Re-naturalization of covered waterways (just for the park area) will be eco-designed with contribution of the euPOLIS project’s planning methodology. The regional basin authority has affixed to the area a high hydraulic risk (flood risk) pending the evaluation of the hydraulic study done with the university which attributes a lower risk level to the area and therefore the implementation of the intervention to the green way is bound by the decision of this public body.
In the area there are also some illegal buildings that the municipality intends to demolish.
The area of Villa Turrisi park is still to be planned and there are difficulties related to the involvement of the owners of the private lands. In fact, the green area mostly extends over private areas, some of which are agricultural crops, with a prevalence of citrus trees. In the Park there are also public areas such as the areas of the former Palermo-Camporeale railway line, the embankments, and surfaces of the Borsellino and Passo di Rigano Canals and buildings confiscated from the mafia. The Mayor asked the Region and the State, owners of part of the lands, to transfer the management of their land to the Municipality of Palermo to be able to start the design of an urban park initially on publicly owned land.

Thanks to its southerly location and local climate systems, including its close proximity to Africa, the area of Palermo receives some of the best weather in the whole of Europe! Its summers are long, hot and dry, with temperatures remaining largely in the 20s from May until October. Palermo experiences over 2,500 hours of sunshine every year, with almost no rainfall during the summer months.
Prehistoric settlements in the area are said to date back to 8000BC, with the first significant civilization being the Phoenicians. Over the following centuries, Ancient Greeks, Romans and Byzantines would all lay claim to the city, leaving their mark through unique buildings. However, the biggest impact on the area was made by the Arabian civilization.
The Teatro Massimo opened its doors to the public in 1897, and it is not only the biggest theatre in Italy but one of the biggest theatres in Europe. The auditorium was designed to seat 3,000 people but nowadays hosts just over 1,300. The house’s program includes operas, plays, dance and classical music. It is famous for not only its size but the famous flower wheel painting by Luigi Di Giovanni, the royal box and its feature in the final shooting scene in the film, The Godfather, which takes place on the entrance steps.
A fascination for history and horror lovers, the 16th-century Catacombe dei Cappuccini is home to over 8,000 bodies. The underground tunnels were created when monks ran out of room in their cemetery and wanted to preserve the lives of important and wealthy people. The mummification began with just monks, priests and soldiers, but it began to be a status symbol to be rested there and a luxury which could be enjoyed by the rich. The last mummy to be added was in 1920, but some are up to 400 years old.