Łódź is located in central Poland and is the third-largest city in the country. For hundreds of years, it was a non-important village. The big change arrived at the first quarter of the 19th century when it was decided on a massive industrialization program and the transformation of the town to a large industrial center.

In the second decade of the 19th century, the area of its urban development, later the Old Town, was small and amounted to 20 ha. The urban layout has retained the typical features of the medieval layout until then. The whole town development was limited to housing these squares and the initial sections of eight streets, some of which crossed the road to nearby cities and took their names from them. Dense building development occurred only at the Market Square and along the market streets: Drewnowska, Podrzeczna, Nadstawna, and Kościelna. 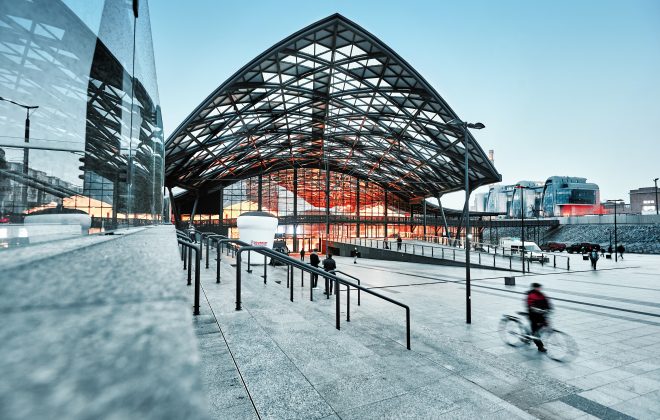 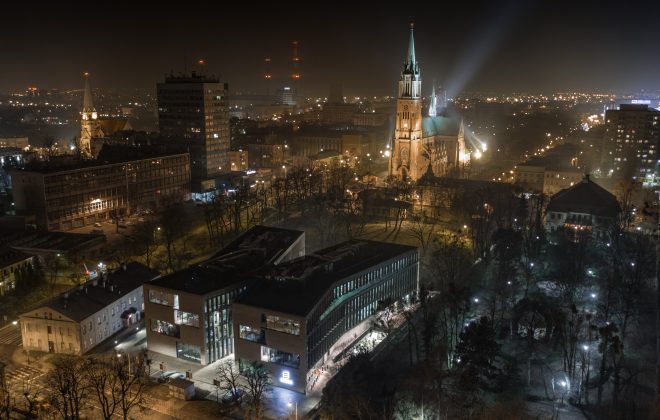 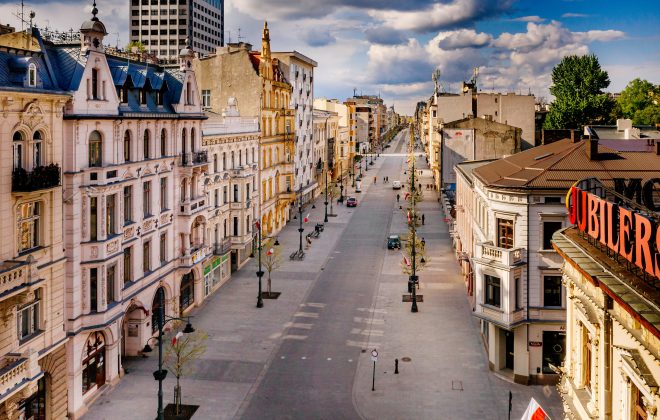 The selected area of the city shares range of environmental problems faced by the city of Łódź: high air pollution in the urbanized center, shortage of water, soil degradation, heat waves. In general, the area is of low environmental quality, many buildings are in poor technical condition. There are only a few green and attractive public spaces. In addition to low air quality, it lacks a systematic approach to water management to mitigate pluvialH2020: Climate action, environment, resource efficiency and raw materials, floods and risk of raw sewerage overflows, and NBS mitigating drought and heatwave problems. The increasing frequency and severity of droughts challenge, not only the regulatory functions, but even the survival of nature and accelerates the impact of CC and other extremes. A range of MF-NBS interventions will be adopted: introduce “paradigm shift” synergy of NBS that will significantly improve local microclimate conditions affecting PH and WB and serve as a positive “game-changer” that would encourage urban planners and investors in Poland to embrace our BGS urban planning. 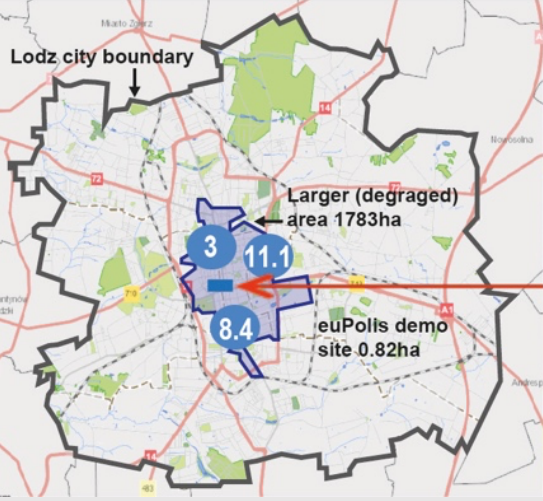 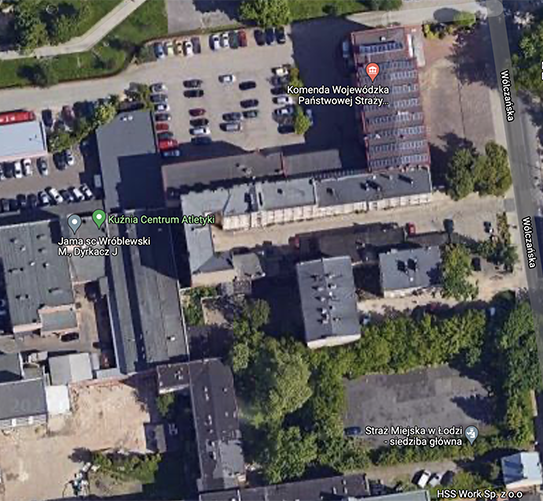 Lodz was known as the ‘Manchester of Poland’ because of the booming textile industry of the 1900s.
Hollylodz – If you’re a budding future actor, director, or photographer you should head to the Leon Schiller film school in Lodz. It’s the most notable academy in the country.
While there are over 18 streams and rivers in the city, most of them cannot be accessed, as they run underground and come up to the surface outside the city borders.
Łódź is one of the greenest cities in Europe. Since the city expanded rapidly, they didn’t have the time to cut down all the surrounding woods. Thus, you will find not only parks but also forests within city borders.

“Implementing Inclusive and Just Nature-Based Solutions: An Interactive Online Workshop in which the euPOLIS perspective will be…
Collaborations, euPOLIS People, Lodz
by mikser November 19, 2021

Urgent switch from dark and unfriendly, to vivid and inviting: Łódź experience

The Łódź demo location is mostly used as a shortcut to connect more active neighborhoods with higher…
Lodz
by admin January 8, 2021

From concrete cage to the green haven The very idea of the euPOLIS mission is to improve…
Cities, Lodz, Project