Bogotá is the capital and largest city of Colombia, located in the center of Colombia, on a high plateau known as the Bogotá savanna. Reencuentro is an important area of value for the city of Bogotá. It contains large public spaces and city-scale facilities, such as the Central Cemetery; El Renacimento Park; the District Administrative Centre; City Council; the Memory, Peace and Reconciliation Centre and “Corferias”, a large events venue.

Its articulating axis is found on 26th Street, where the north and south ends of the city meet and has an important historic and symbolic value. These are the reasons why it’s called Reencuentro (Reunion). This axis also connects the project to other facilities such as the National University and the El Dorado International Airport as the entrance to the city. 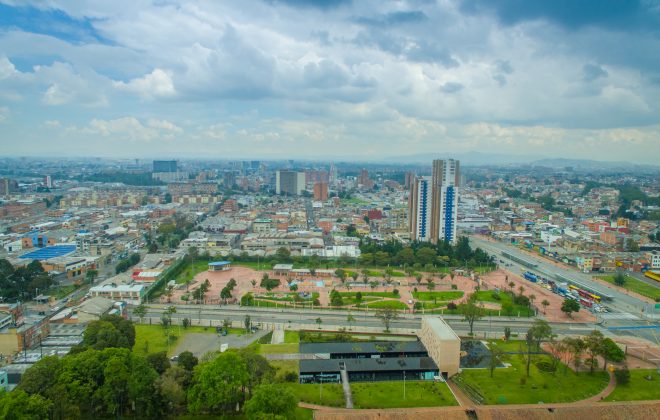 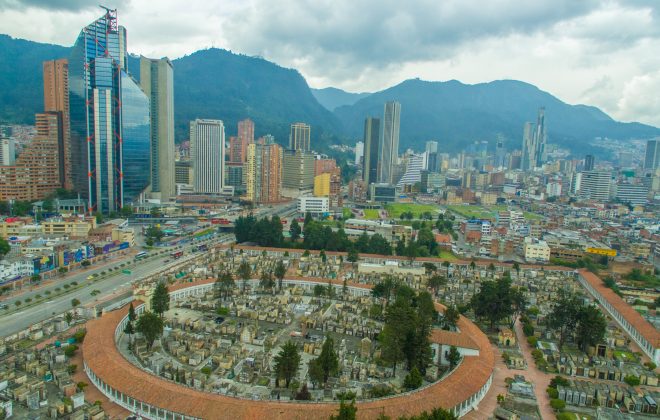 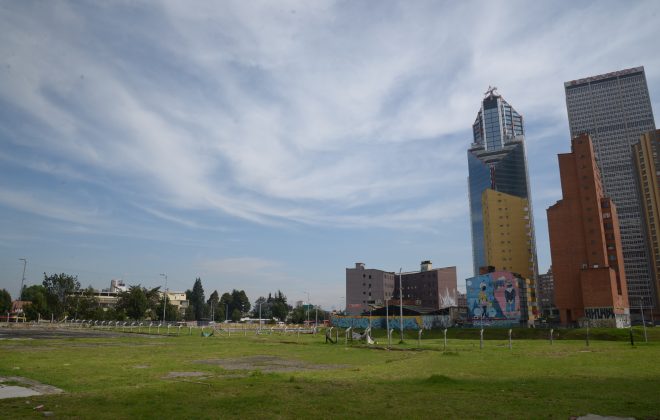 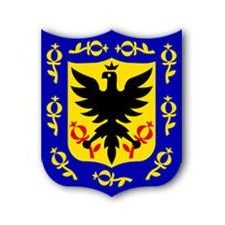 The majority of the surface in the study zone is hard, except for the presence of the El Renacimiento Park, sidewalks and small green areas.
According to the urban environmental classification of the city, developed by the Botanical Garden and Universidad de los Andes, the case study is located in zone 3 (sub-urban 3.1). It is principally used for commercial and institutional proposes with a low vegetable density in comparation with the mean of the city. The low population density of the zone makes it desirable for the development of green areas. The proximity to the main roads of the city and the industries represents high temperatures and high exposition to pollution and particular matter in the zone. Although there is an extensive presence of green areas and trees (6035 trees) in the study zone, no NBS or bluegreen hot spots have been implemented. The use of the green meeting points identified is more related to the improvement of social cohesion in the study zone, than to the management sustaining regulatory services and self-regulatory potential of nature.

For the euPOLIS project case study, a smaller area was defined (51.4 ha). The current surface covered in the study area is divided by many land uses, such as commercial (2.68 ha), equipment such as schools, hospitals, meeting points and cemeteries (8.96 ha), industrial (0.46 ha), residential (5.69 ha), services that will be defined in the Master Plans (4.94 ha) and to be defined (2.38 ha). It also has 6.8 ha of sidewalks, 8.64 ha of green areas, 0.22 ha of bike routes, and 10.68 ha of main roads connecting the city centre with the facilities found to the east.
It is considered a strategic center of the city because it encompasses high level urban operations and interventions within its scope, related with public and occupational systems that define the land occupational model. However, it requires the implementation of public and private projects to ensure the best physical and functional conditions.
The potential development of the study zone is related to the Reencuentro project’s support capacity. Furthermore, this support capacity is in turn related to the relationship between the city’s functional public infrastructures, such as mobility systems, public space systems, equipment systems, patrimonial systems and public services systems; with current and future population, population density, potential buildings and land use conditions.

There are no seasons in Bogota. The weather is the same all year round with average temperatures between 15-20 Celsius degrees, and it’s green all year round.
There is a driving restriction in Bogota called „pico y placa“ and it was introduced to reduce the trafific jams during rush hours. Vehicles with the odd last number on a plate is restricted on odd days, and same goes for the even numbers.
The Museum of Gold has to be one of the most visited places in Colombia. The Gold Museum receives over 500,000 tourists every year! The museum, as the name suggests, displays an array of gold and other rocks such as the Tumbaga and has a collection of over 34,000 pre-Colombian gold items.
The music culture in Bogota is so rich and powerful, that in 2013, it was named UNESCO City of Music! The city boasts of more than 60 music festivals and more than 400 live music venues all year round.