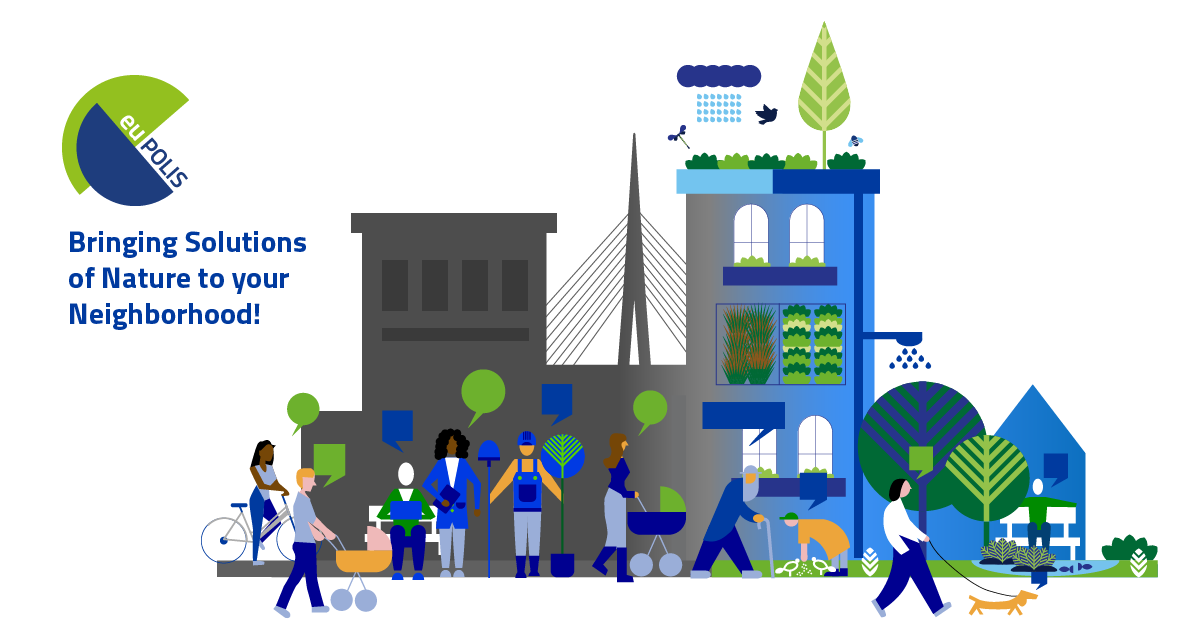 With participation being one of the core euPOLIS values, a thorough survey was conducted among the citizens of the demo locations, aiming to map the health and well-being challenges and point out the desired and fitting nature-based solutions to be implemented.

In the past few months, the euPOLIS cities partners conducted a massive survey, examining the citizens’ experience of the demo locations. Quick reminder, these demo-locations in Front-Runner and Follower Cities will serve as demonstrational sites for the implementation of the nature-based solutions, and in-depth examination of the overall citizens’ well-being, by using the wearable biometrical devices. Here’s a glimpse of the Trebinje, Palermo, and Piraeus cases.

In Piraeus, one of the FR cities, the euPOLIS experts wanted to put together the most complete picture about the characteristics and the actual use of the demo site area in the city, so they recorded the residents and visitors profiles, opinions, preferences, and expectations regarding the potential interventions that could be planned and implemented in the area.

The experts came to the conclusion that the demo site area is of a hyper-local interest area and many visitors are using the demo site facilities for education, sports, and entertainment activities (55 percent at least three times a week).

Here are some of the most interesting and indicative results they got from the interconnected three-part demo locations:

Of the respondents/users of the Akti Dilaveri area, almost 75 percent

Of the respondents/users of Ralleion Pilot Complex School, almost 20 percent

The main kind of problems which are identified in the demo site areas and they think is necessary to change in order to build a more sustainable area within the next 20 years, are

Also, when asked about the unique characteristics of the area, which they believe should be further highlighted, the most answers include:

Furthermore, the respondents for Akti Dilaveri and Microlimano demo sites think that additional cultural/athletic/eco-educational/community activities could be hosted in the demo site/case locations.

The respondents for Ralleion Pilot Complex School were asked about the necessity of planting in the schoolyards and the quality and quantity of the existing planting. All of them answered that “the presence of greenery is necessary and contributes to the improvement of the microclimate and the air quality of the schoolyard” and “it is important for children to come in contact with plants”. They think that the presence of greenery in the school contributes to the environmental awareness of the students and most of them (85%) believe that could help to improve the students’ school performance and their nutrition, too.

The community of Ralleion Pilot Complex School already recognized the wholesomeness of the existing plants and the potential NBSs to be used in environmental education programs.

No one in the sample seems to be negative in the idea of design and implement NBS in the demo site areas and most of them would like to participate in the implementation of euPOLIS in the area.

In the City of Trebinje (FL), several regulatory and urban plans are currently being prepared. The expansion of construction has begun to negatively affect the urban matrix of the city. During the development of the urban plan, the euPOLIS team in Trebinje will take into account the direction of expansion of the city and the natural potentials of new sites that can be used. With the plans, they want to reduce the microclimate of the settlement and the problems caused mainly by the excessive use of concrete and asphalt.

Their focus will be on the areas that lack green spaces the most and the goal is to reduce the air temperature by more than 2°C. The plan is to introduce the practice of elaborating a horticulture plan in detail when making plans so that it points out the right usage of the right greenery with a specific function and position, a combination of functionality and aesthetics. The team also plans to arrange open public spaces and bring nature to the city with the addition of recreational facilities and urban gardening to motivate citizens to spend more time outdoors in order to improve their well-being. Also, an important fact is to implement the watering system with recycled water because it is a reliable alternative source of water for irrigation. The use of recycled irrigation water provides valuable nutrients for plant growth, reducing the need to use chemical fertilizers.

The City of Palermo (FL) had its first (online) dissemination event in collaboration with ICL, on the Google Meet platform, which also aimed to organize future focus groups and workshops.

This event gave an insight to the situation on the spot:

After the first dissemination event, held in Palermo on the 19th of July 2021, the Palermo team acknowledged the need to improve the participatory process through an educational program involving citizens and associations and looking for the right tools.

• Since some areas on the site are privately owned, they decided to proceed with subsequent steps. The first nucleus of the park will be in the surroundings of the former Uditore railway station.

The Palermo euPOLIS partners participated in a national funding call to start planning the park.