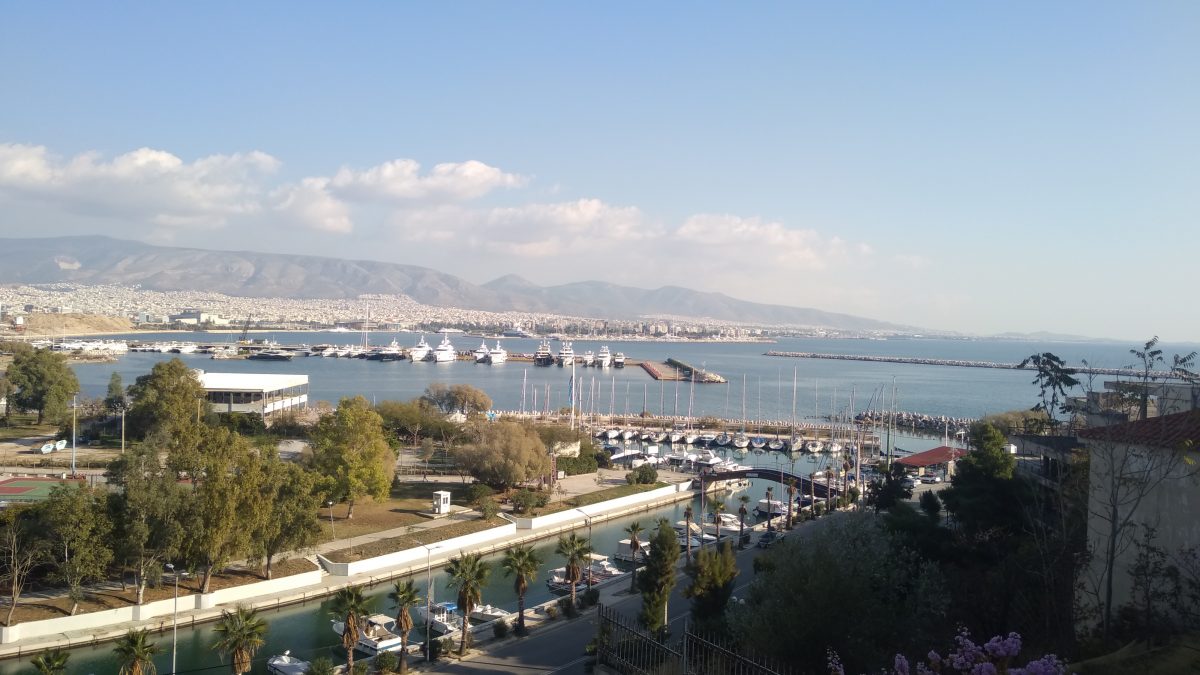 Piraeus is a port city with a fascinating and ancient history, vibrant, with sights worth seeing. A city that grew and gained power, becoming an important commercial, cultural and industrial center throughout the centuries.

Themistocles was the first to realize the strategic position of Piraeus with the three natural harbors and in 493 BC, when he was elected archon of Athens, he started the first major port and fortification works in the region. Thus in 470 BC, the length of the walls of Piraeus exceeded 11km.

In 1834, after the liberation, the capital of the newly established Greek state was transferred from Nafplio to Athens and a new blooming season begins for Piraeus, as the new capital would be worthy of a port. So in the years that followed, Piraeus experienced significant demographic, residential, commercial, and industrial development. In the early 20th century, has become a center of internal migration, it attracts people from the islands of the Saronic Gulf, Cyclades, Chios, Crete, and Mani.

Piraeus Port offers unique advantages because of its strategic position and infrastructure.

For the implementation of euPOLIS values and nature-based solutions, the city dedicated two significant locations, first being the Ralio Complex Pilot School and the other the Riverine inland area in Akti Dilaveri, which are physically connected to the Mikrolimano area and are important landmarks in social interactions in this part of town.

The port of Piraeus is the largest port in Greece and the city is one of the most densely populated in Europe. Its passenger harbor area was for a long time “in the need of upgrade” in many aspects. In the euPOLIS, there will be three mutually interlinked neighboring sites at the coastal front of the Pireaus area and close to it. Although close to each other these 3 micro-locations have different characteristics, visibility, stage of development, and need for interventions

Ralio Complex Pilot School is a prestigious educational center with approximately 350 students, and therefore desirable case-study location with a wide range of possibility of disseminating the euPOLIS ideas, and accomplishments during the process of implementation. The area is populated with students, but also local inhabitants and a community of teachers, with vivid student and teacher exchange programs that broaden the potential recipients of the euPOLIS ideas.

The project will develop a park and pathway parallel in front of the Ralio Complex Pilot School (RCPS) on Tzavella & Alexandrou Street using appropriate planting, cool pathway construction works, and solar panel lighting, similar to those specified for the Mikrolimano project to improve the microclimate and mitigate air pollution.​ It will also develop accessible green roofs and potentially a vertical farming wall at the library of RCPS​, where its roof and facade provide such opportunities and could raise pupils’ awareness of NBS. The focus will also be on improving the quality of water, providing running, drinking water, and support irrigation during dry seasons.

On the other hand, the people of Piraeus have always been tied to a sea, and that’s why the second demo-location is so significant with various sports, cultural and leisure activities. On top of that, the site is packed with archeological findings, where some of which have not been discovered yet. It is, at the same time, a great advantage of the location that will be able to attract different types of visitors and professionals, but also a challenge for the Piraeus team to delicately approach the site.

Facing the high unemployment, and community of older, retired people, the area requires a social, and environmental boost. The main goal here is to clean the nearby shore underwater environment along Akti Dilaveri that needs major improvement. It will also fix the existing and install new lighting with solar panels.

Both locations provide a rich educational capacity and engagement of local citizens, visitors, and professionals, monitoring and improving the wellbeing of people.