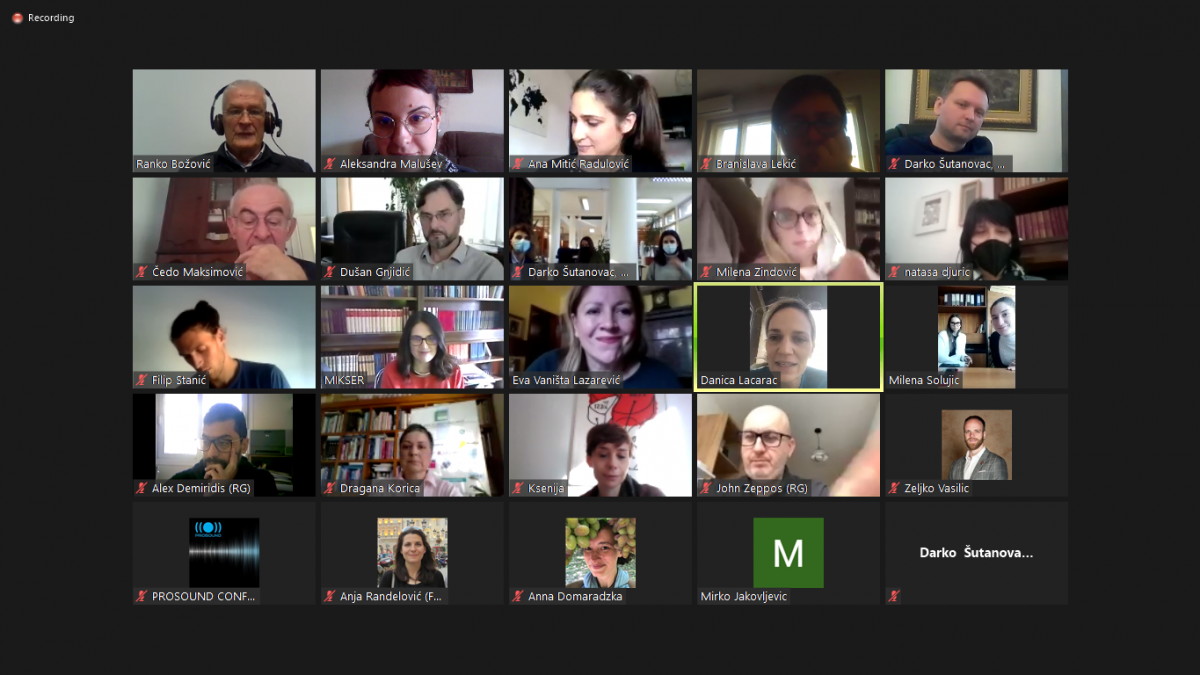 Introducing the euPOLIS philosophy to the citizens

Having active participation of all stakeholder groups as one of the priorities of the euPOLIS philosophy, the FR cities (Gladsaxe, Lodz, Belgrade, and Piraeus) hosted four meetings with the project representatives and local professionals, business owners, and inhabitants of the demonstration area. These meetings provided citizens’ participation in the project from its kick-off.

Even though the cities had the same agenda: to gather diverse local stakeholders’ groups, present the team experts, present the NBS and euPOLIS philosophy, and their impact on health and wellbeing of citizens, share the euPOLIS innovative participative approach, and generate interest of stakeholders for further participation throughout the project… Each of these cities took a step further and gave a different perspective on the participation, insights to the current state of the locations, people’s opinions, needs, restrictions, etc. So that cities can learn from each other from the very beginning and of course, all of these experiences and expertise combined will create valuable know-how during and after the project’s implementation.

Lodz and Belgrade used an online survey platform to probe the layers of the abundant group of stakeholders and to deepen the interaction with the stakeholders from day one.

The perks of the BG meeting was the meetup of almost a hundred participants among which was the professional audience, such as participants of the akin projects, experts in various fields applicable in this specific process, along with the general public, local citizens, owners of small businesses, NGOs, etc.

Among many euPolis partners, the Belgrade meeting put together leaders and teams who work on similar projects intending to share and harvest experience, knowledge and engage both experts and common people in the project from the very first step.

Belgrade team presented the two most probable demo locations, discussed the possibilities and potentials for local stakeholders to “plugin” to the euPOLIS, key actors, their potential roles, examples of the practice of engaging stakeholders in the planning process.

The meeting continued with the interactive session, and presented the previous experiences of the actors in participatory processes, and also how the euPOLIS project can promote joint participation and co-creation of all stakeholders.

Lodz’s workshop stressed the importance of socio-economic and gender issues and the support program to empower participatory engagement. Team leaders demonstrated their participatory and engagement methods, as well as pros&cons of their chosen location: it’s current state, social frequency on the spot, communal infrastructure, and potential first steps in implementing the euPOLIS Nature-Based Solutions (NBS).

The City of Piraeus also hosted a Zoom meeting to gather up stakeholders and introduce the participants of the workshop.

From the Piraeus meeting, we learned about the capacity of the wide network of sports associations on one of the demo-locations, small business owners, various types of citizen associations, and representatives of different social backgrounds for the implementation and further development of the euPOLIS values. Local team leaders presented current stakeholders engagement methodology and tools… Innovative methodology of NBS with systematic involvement of local stakeholders in co-planning/co-design through BGS matrixes with examples was presented, along with socioeconomic and gender issues and program for monitoring the impact in support to participatory engagement.

The Gladsaxe meeting brought up a vivid discussion on engaging and empowering groups “without a voice” to take part in the process, to create dialogue and deep social involvement. Team leaders were engaged with the representatives of the tenants of the demo-location. These stakeholders represented different social, ethnic, and demographic groups.

It has been said that one of the priorities is to create connections from the project to the labor market, to identify and analyze the different groups of local people, and find the similarities that can be activated in the project. The importance of keeping the focus on the COVID19 issues was strongly stressed.

To conclude, there is a place in each FR city that can embrace the euPOLIS values and implement them to improve the quality of life of their inhabitants, to restore nature in their local environment, to make citizens feel safe, their ideas appreciated, and their needs acknowledged.