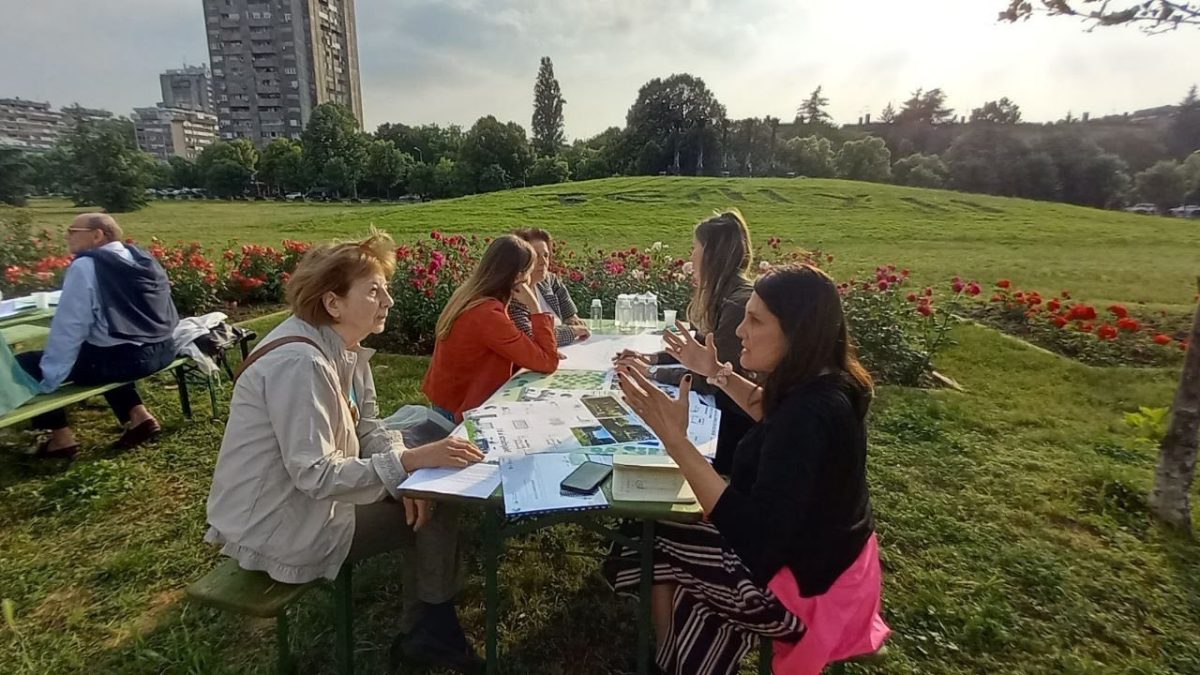 The Belgrade euPOLIS experts’ team recently held an outdoor workshop with the neighbors and passers-by of one of the local demo sites, the Danube Quay. The participants were presented with the draft design of the demo park and an eco-edu center, created by the winning teams of the architecture students competition, earlier this year.

Thirty-four citizens filled out the survey, while many more shared their impressions, desires, and challenges regarding this area.
Neighbors of Belgrade’s Municipality of Zemun where the euPOLIS demo location is, are known as proud and protective of their neighborhood. This commitment and loyalty turned out to be of great help in collecting their insights to be implemented in the final urban-architectural design of the blue-green demo park.
They were curious to know whether the euPOLIS park would change some aspects of the park they love, or what would happen to the famous monument, but also in what ways they can contribute so that the change they want to see, could be visible as soon as possible. They gave us precious suggestions and views on challenges: