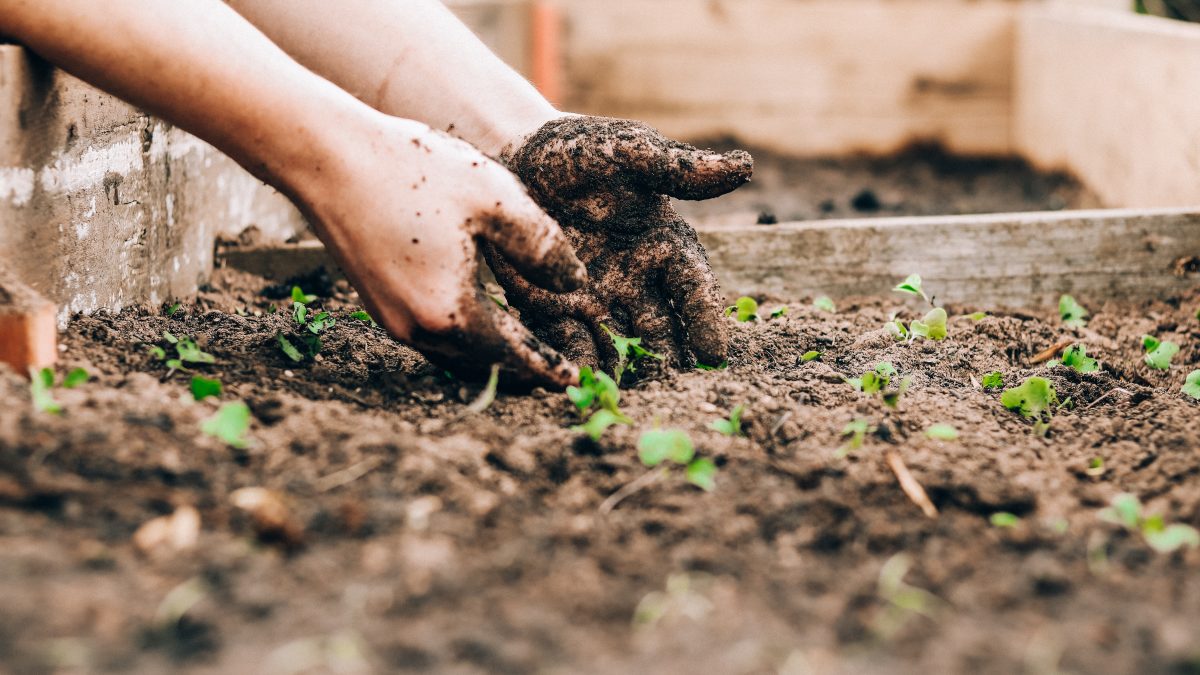 Despite the aggressive „kills 99% of germs“ cleaning products advertisements, we very well know that letting some dust sit on our home surfaces, and non-sterile environments boost our immune system, make us more resilient to allergens, and let’s admit it, gives us more time to do other stuff. And that’s healthy per se, physically and mentally. Moreover, a relevant number of studies now show that actually getting your hands covered in dirt, blossoms your health&wellbeing!

Not promoting laziness or lack of good domestic habits, but rather a little openness towards healthier and more natural solutions: a little baking soda powder mixed with vinegar does wonder to most sensitive surfaces that you want neat and shiny, and it doesn’t harm your environment (or your hands). Because, let’s face the issue of flushing all those heavy chemicals down the drains, straight to nature and leaving it up to micro-organisms in charge of keeping the natural equilibrium, to deal with them!

Besides the enormous pollution (of all kinds) that triggers quite a specter of physical diseases, modern societies recognize different mental disorders, maybe too often treated with heavy medications. There’s hardly a person today, unaware of Xanax, Prozac, and many other prescription antidepressants that do come in handy for dealing with symptoms of depression by artificially increasing our „happy hormones”. But „all magic does come with a price“ since they come with a fair amount of side effects.

What if the price of improved mental health could be way affordable? What if it could only cost us getting a little dirty?

Many studies have shown that exposure to microorganisms in the dirt somehow protects us from anxiety, depression, and post-traumatic stress disorder and that our increasingly sterile, urban environments are partly to blame for rising rates of stress-related diseases!

Integrative Physiology Professor Christopher Lowry has dedicated his career to exploring these once-controversial ideas, but nowadays more and more scientists and medical workers are tagging along with his hypotheses.

“As human societies have migrated to urban environments, we have lost touch with a host of bacterial species that play a role in regulating our immune system, and this is helping to fuel an epidemic of inflammatory disease,” said Lowry. “I want to know: What are the impacts on mental health?”, reports colorado.edu.

Lowry was a research fellow at the University of Bristol in the early 2000s when he began to hear stories about Mycobacterium vaccae, a rare microorganism discovered in the soil on the shores of Lake Kyoga in Uganda. Scientists were perplexed by the fact that when given vaccines to prevent tuberculosis, lakeshore residents resisted TB better than people who lived elsewhere.

“It appeared that this microorganism living in the soil had powerful immune-regulating properties that are somehow making the vaccines work better,” he said.

Researchers tried using it as an immune-boosting adjunct to various vaccines, with limited success. But one trial in lung cancer patients yielded a curious result: While those injected didn’t live longer, their mood improved.

Lowry set out to find out why.

In April 2007, he published a groundbreaking study showing that when the preparation of M. vaccae was injected into mice, it activated brain cells that produce the feel-good chemical serotonin and altered the animals’ behavior in a way similar to that of antidepressants.

One of the studies showed that children raised in a rural environment, surrounded by animals and bacteria-laden dust, grow up to have more stress-resilient immune systems and maybe at lower risk of mental illness than pet-free city dwellers.

“It has already been very well documented that exposure to pets and rural environments during development is beneficial in terms of reducing the risk of asthma and allergies later in life,” said Lowry. “This study showed for the first time that these exposures are likely to be important for mental health.”

Another study showed that injections of M. vaccae before a stressful event could prevent a “PTSD-like” syndrome, fending off stress-induced colitis and making them act less anxious and fearful when stressed again later. Another found that M. vaccae has a long-lasting anti-inflammatory effect on the brain. That’s important because brain inflammation impacts mood-regulating brain chemicals.

So, to prevent and ease future stress and anxiety, we can simply pull our sleeves up and get our hands dirty: dig, shovel, plant, water, grow your little pot or terrace gardens and enjoy both the process and the fruits of our endeavor.

One of the main perks and goals of the euPOLIS planning methodologies is implementing the vertical farms into urban environments that would, not only enhance micro-climate conditions, reduce food transportation, packaging, and thus costs, but could also engage citizens in a search for this „happy bacteria“.