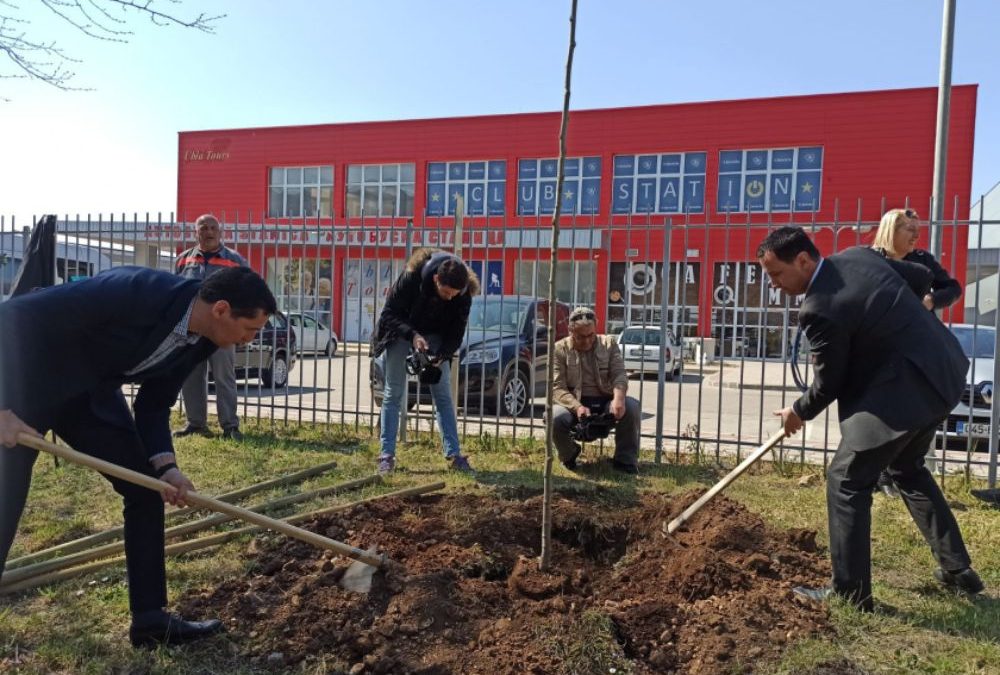 A Thousand Planetrees for Beautiful Trebinje

A new project called “A thousand planetrees for more beautiful Trebinje” was presented recently to businessmen, investors, and representatives of city departments. The planned planting will be carried out in the next three years, and it includes the planting of park sycamore seedlings, as well as other autochthonous and Mediterranean species.

The presentation was organized by the Department of Spatial Planning. The planted trees and tree lines will be in the largest number of planetrees, and in addition to them, the city will be decorated with palm trees and similar Mediterranean and indigenous seedlings in the future.

According to the plan, all trees will be identified as a kind of material good of the city of Trebinje, and as such will be under adequate protection and continuous and professional maintenance by the competent utility company, for which funds will be allocated from the city budget.

“Given that the city is developing intensively in the near future, it is necessary to improve public areas by planting tree lines, installing new city furniture, building underground containers. In addition, the city’s lighting, trash cans, and other city furniture should be unified, and the plan is to additionally arrange the city’s children’s playgrounds. So, the focus will be primarily on increasing the plant fund so that the city of Trebinje, in addition to the current urbanization, retains and justifies the epithet attributed to it “City of Sun, Wine and Plane Tree”, we want to give full meaning to that”, said the Department of Physical Planning representative.

The action of 1,000 plane trees is a symbolic name, and it will refer to the planned planting in the green system of the city of Trebinje, wherever the conditions for that are created in the next three-year period.

„We decided on the planetree primarily because it is a protective symbol of the city, it is a giant tree intended for monumental places, is very resistant and very suitable for greening the belt along watercourses, which will be very important in the future”, said biologist Jelena Ćuk from the Department of Housing and Communal Affairs during the presentation.
This planting will create a base around which all other greenery in the city will be grouped. Later, it will be easier to supplement this matrix with field ash trees, apples, and willow along watercourses.

“Apart from planetrees, this plan envisages planting as many autochthonous species as possible, such as holly, holm oak, cypress, and urban greenery should be enriched with flower species such as magnolia, Japanese cherry, etc.,” said Persa Aleksić from Komunalno a.d.

Architect Tijana Marić from the Department of Physical Planning emphasized that it is necessary to take into account the accelerated construction of collective housing, and in this regard to adequately meet the need for the development of public green spaces. During her presentation, she also explained the links to the euPOLIS project in which the City of Trebinje is a Follower City partner.

According to her, the first 30 plane tree seedlings were procured, and planting is in progress at several different locations throughout the city of Trebinje.

The mayor of Trebinje, Mirko Ćurić, said that in addition to continuing to green the city, an extensive action of expanding the city’s greenery is underway.

“I thank everyone who will participate in this project, both from the City Administration and public companies, as well as private individuals who have already provided support to this project. We also expect the citizens to join the idea of ​​planting a thousand trees in the coming period. We are open to all proposals of citizens, and the city budget is available to their proposals for this purpose as well “, stated Ćurić, adding that interventions on irrigation systems will follow, establishing adequate use of technical water in the very center of the city.

“When it comes to additional green oases that will be included in the planting, it is known that we made the decision to buy the location in the settlement of Hrupjela so that the planned park in this settlement would be expanded. So, in addition to green areas, we are determined to continue arranging children’s playgrounds, smaller parks, and urban green spaces. We are especially proud of the city park in Trebinje because it is a rarity in the region that one city in the city center has a green area of ​​28,000 square meters and this project is actually a continuation of the idea of ​​our poet Jovan Dučić, “said Ćurić.

The director of the public utility company, Milan Mandrapa, pointed out that Trebinje, as a tourist place, must take care of every detail, and for that reason, this project is extremely important.

“First of all, our plan is to connect the entire city greenery in the narrower and wider city center with the suburban zones. Planetrees will be planted from Aranđelovo to the Tvrdoš monastery and it is very important to plant along watercourses because Trebinje is located in a geographical area exposed to strong east and north winds that often cause significant damage, to get adequate wind protection for our area “, stated Mandrapa.

“This part will be ideal for a kind of panoramic area that we want to further enrich where our guests and we as residents of this city could enjoy a beautiful panoramic view of the city,” said Mandrapa.

The head of the Department for communal inspection affairs, Spasoje Radović, said that the works on the promenades and sidewalks in the very center of the city have been going on lately.

According to Radović, the department’s address received suggestions from citizens to solve the root systems of numerous trees in the city center, which prevent pedestrians from passing on the sidewalks.

He added that these days the area of ​​Blace is being completely arranged, which will be additionally arranged and brought into functional condition, where a kind of park will be created, which is located along the very bank of the river Trebišnjica.