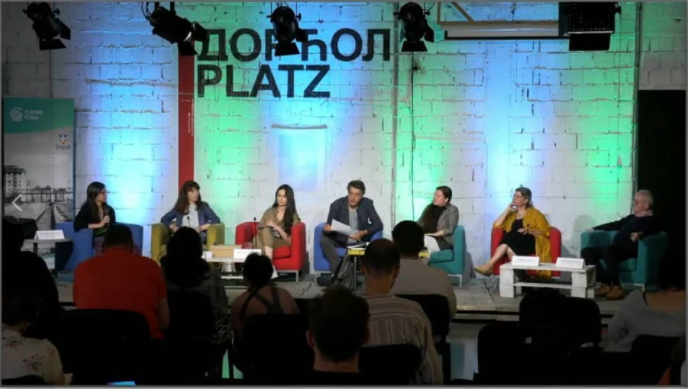 Belgrade: Public Discussion on the Draft Detailed Regulation Plan for the Line Park

Public discussion was held recently in the capital of Serbia regarding the public inspection of the Draft Detailed Regulation Plan for the Belgrade Line Park.

A conversation was held with officials of the City of Belgrade, the Urban Institute, also civic initiatives, environmental movements, and the academy, followed by a dialogue with interested citizens. Special guests of this event were some of the authors of the conceptual solutions for the Line Park, as well as the expert team of the euPOLIS project, and conducted by CEUS

You can watch a recording of this discussion, as well as an analysis of the results of citizen participation and author teams, through detailed tables and a map with previous suggestions, wishes and needs, and comparative quotes from the text of the Draft Plan HERE