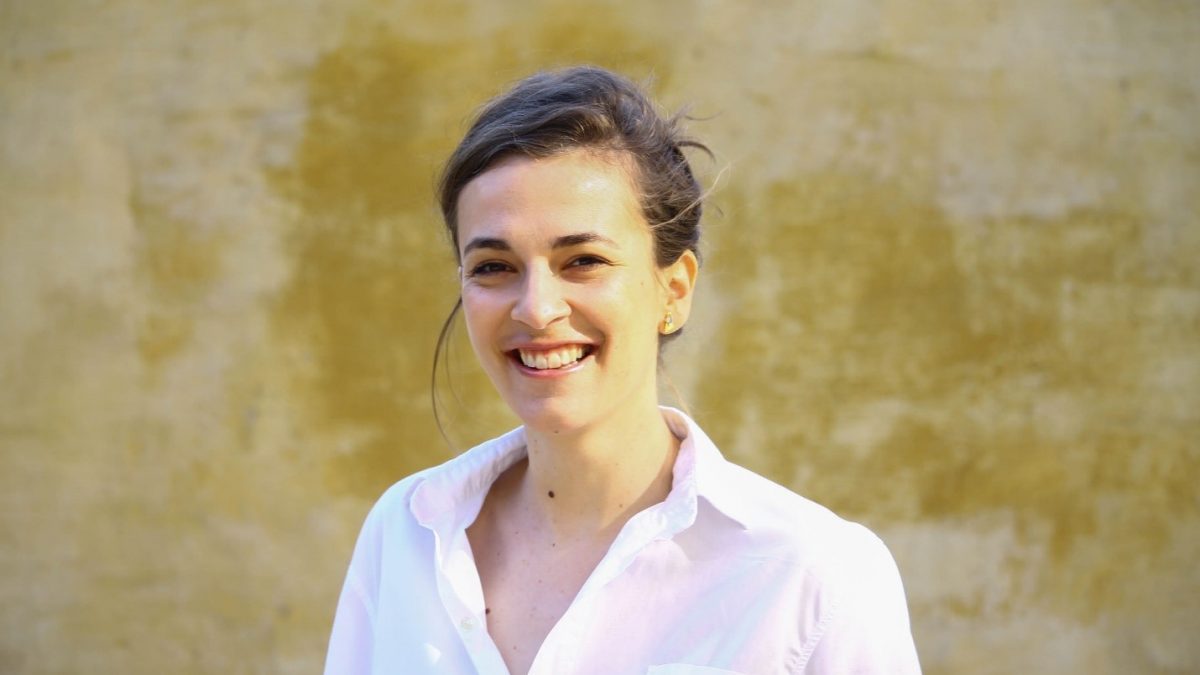 The potential of euPOLIS is the impact of replication of the NBS from the demo cities: other cities across the world with similar conditions can replicate the solutions applied to Gladsaxe, Lodz, Belgrade, or Piraeus, and improve their public health and wellbeing.

When building a road, more synergies between the transport and the environmental sectors could be made in the future, to minimize the impact on biodiversity by improving our mitigation measures.

Engaging citizens from the moment zero and having the vast variety of experts onboard make the euPOLIS philosophy stand out.

We have Alix Aliaga, the environmental biologist at Amphi International, with exceptional experience in dealing with nature-based solutions and implementing them into urban cores, climate adaptation in urban and rural areas, etc.

Her message to all the issues we’re facing nowadays, and living in overloaded urban areas, with less and less clean water and breathable air, is simple but ringing:

When we say biodiversity, most of us automatically envision an idyllic picture of intact nature somewhere far away. How come we „expelled“ nature out of our urban environments and hardly ever think about the importance of natural processes within cities?

Most of our cities today have been built in a way that brings a certain comfort to our lives. This comfort has taken us away from wildlife since we are no longer or hardly in contact with nature daily. By being impermeable, our cities suffer from frequent flooding causing several damages. An impermeable city can also mean no access to nature. As a consequence, cities often consist of fragmented habitats with no connections. And connection is the key to bring back biodiversity in our urban cores.

For sure, one needs to distinguish the difference between „untouched“ nature and urban nature. Those two are not comparable. But it does not mean that urban nature has not as much value as large-scale unfragmented nature areas. It can also provide a multitude of ecosystem services, which we have been underestimating until now, such as cooling down effects during summer heatwaves, or in reducing stress and anxiety.

By 2030, 70% of the World’s population will live in cities. This gives an idea of how much cities will grow in the coming years. One major concern is that we will build upon the existing nature around us. Therefore it is essential to take into consideration biodiversity into future urban planning.

You are a seasoned and committed researcher – what intrigues you the most about the four FR cities in the euPOLIS?

As an ecological expert, I believe that the euPOLIS project brings a unique chance to demonstrate the benefits of biodiversity on improving Public Health & Well-being in urban areas. I look forward to seeing the results of it!

What do you foresee as the biggest challenges in each city?

From the euPOLIS perspective, the biggest challenge in each city could be to have an active contribution of the citizens in each step of the project. From what I see so far, the COVID-19 has had a significant impact on citizens’ engagement. We are currently exploring several ways of involving them in the euPOLIS approach.

What is the role of AMPHI in the euPOLIS?

We are coordinating the work package concerning the implementation and the monitoring of the NBS interventions in the euPOLIS project. We also support Gladsaxe Municipality (the Danish demonstration site) in all actions and play an essential role as an ecological expert with e.g. defining ecological indicators to assess the benefits of NBS on Public Health and Well-being, or with performing biodiversity monitoring in the Danish demonstration site.

Also, biodiversity is one of the pillars of the EU Green Deal. How is it going to affect the ways we produce, travel, trade, utilize, discard… Everything we do in life?

I expect that biodiversity will gain in weight throughout all the new projects generated by the EU Green Deal. In other words, it will be taken more into account in each sector (transport, production, etc.), thus ensuring the reduction of negative impacts on biodiversity.

As an example, for crops, we have been using pesticides to enable massive production without taking into account the impacts that it could have on biodiversity. Recent studies have shown the enormous decline of insects related to the use of pesticides. Everybody has heard about neonicotinoïds and the decline of bees for instance. Therefore today it is no longer a question of whether or not we should use pesticides. The EU Green Deal will support the development of solutions that can combine biodiversity and sustainable crops.

Another example could be habitat fragmentation. When building a road, more synergies between the transport and the environmental sectors could be made in the future to minimize the impact on biodiversity, by improving our mitigation measures.

Citizens, and sometimes even city officials, have a bit wrong perceptions of what natural traits of their city are an advantage or disadvantage. What do you see as the hidden gems of our four cities?

The euPOLIS will highlight the potential of each demonstration site throughout the newly built NBS interventions. The project indeed allows us to monitor and collect a lot of data, that will demonstrate the benefits of such solutions on PH and WB. Each site presents several environmental, health, social and cultural issues, which aim to be improved by the end of the project in 2024.

I believe that the replication potential of these interventions is huge for all project sites.

If we look at Piraeus in Greece, a part of the project site is by the harbor. By rehabilitating such a place, other harbors under similar climate conditions could get inspired by the NBS implemented in Pireaus.

Or if we look at Gladsaxe in Denmark, many neighborhoods are similar to the one we are working with now. If the euPOLIS approach provides an evidence base concerning the NBS benefits on PH and WB, we will undoubtedly be able to replicate such actions in other close sites.

Belgrade and Lodz face among other things issues regarding important heat waves and air pollution. If the project can again prove the benefits of such NBS solutions on reducing the Urban Heat Island effect and improving air quality, it can only attract other cities to undertake similar actions as many cities are facing the same issues.

Urban areas are the accelerators of pollution, Green House Gases, and overall climate change. How much really can we do to mitigate it or even reverse the process?

By 2030, 70% of the world population will live in cities. This gives an idea of how much cities will grow in the coming years. One major concern is that we will build upon the existing nature around us. Therefore it is essential to take into consideration biodiversity into future urban planning.

How much each of us, „simple people“ can do daily to improve the city biodiversity?

First I would say that it is important to be aware of where and what type of nature is around us daily. What do we like about it and what do we not. Can we do something about it? What type of plants are there? Exotic plants, native plants? Do we observe animals once in a while? Are these animals more often in some places than others? Why? Can they find hiding spots in my garden for instance? Any food supply? Can the birds get the chance to nest?

All these questions can be a starting point to get to know better what is around us, and then undertake some small projects to improve it. It will always have an impact on a certain scale. And finally, I would advise them to take a look at the existing local associations, many things are happening!

We have a lot of chances to take part

A lot is happening today to make our cities greener, and the involvement of citizens in the design phase is the key to create a sense of ownership and success in your projects. I recently took part in a webinar about the GrowGreen Horizon 2020 project I would wholeheartedly advise you to take a look at it!

Denmark is undoubtedly a pioneer in environmental protection and innovation, but how challenging it might have been to engage the citizens and raise awareness on that?

Throughout another Horizon 2020 project, RECONECT, I was quite impressed to hear about the important contribution from the residents in the Danish demonstration site, namely in providing photo documentation when a big flooding event happened in their neighborhood. This contribution has strongly helped the municipality of Aarhus to better assess the best spots for implementing NBS and improving stormwater management at the local scale. All of this happened thanks to great communication between the local stakeholders and the residents.

In the euPOLIS project, we are trying our best to involve the citizens despite the pandemic. They will play an essential role in the design of the NBS. So far we have managed to organize some meetings outside in a small group or online. In the coming months, we will implement temporary kitchen gardens to bring people out of their house, communicate about the project, and hear their opinion.