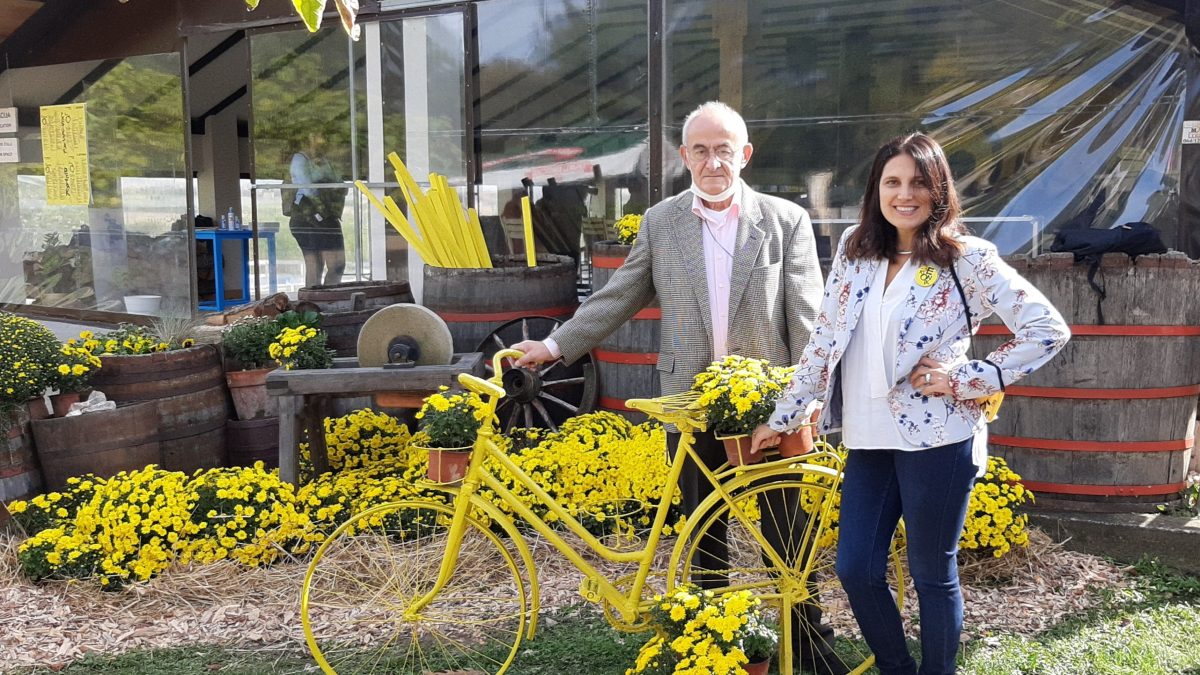 During the two-day pilot version of the Mikser Festival 2020. (8-9. October), the audience (online and in-person), as well as over a hundred participants (environmental experts, activists, students, journalists…), were presented with the euPolis project kick-off.

The inspiring surroundings of the Zornića estate near Belgrade were the most beneficial for presenting the importance and mindfulness of implementing the NBS into our urban spaces.

Having the panel discussions held at an old but transformed barn, gave the participants at least a flash of what it would be like to work, live and create surrounded by nature daily.

Session EU Perspectives was a series of presentations of the latest innovative projects of international cooperation in the field of nature-based solutions in contemporary cities, supported by the European Union. Experts involved in the project discussed its importance in updating local urban practices according to European standards and analyze how far Serbia has come in preparing for the opening of Chapter 27 on the environment.

Professor Cedo Maksimovic from the ICL, Technical coordinator of the euPOLIS, introduced the audiences to the euPOLIS, Horizon 2020.

He stressed the urgency of changing our routines in urban planning due to rising climate change’s negative effects on the quality of health and overall wellbeing of the citizens.

From his immense experience, he presented some convincing, and well-implemented NBS which changed the nature, character, and final “user-experience” of the inhabitants of the mentioned cities, first of all being participation of all stakeholders from the earliest stages of the process of implementation.

Besides the overall wellbeing of the citizens, one of the major perks of the euPolis project is that it engages the citizens, asks about their preferences, and invites them to have their say in the process of changing one part of their neighborhood.

On the other hand, Maja Lalic, CEO of MIKSER, euPOLIS partner, and Communication and Dissemination Manager promoted euPOLIS by Initiation of professional associations, corporate stakeholders, and the general public interested in participating in co-planning and co-design activities.

She pointed out the importance of educating selected local media to learn about euPOLIS, and follow Its development and results throughout the project.

The Moderator of this session was Tijana Ljubenovic, program coordinator, Young researchers of Serbia. Tijana gave an ice-breaker introduction speech about Chapter 27: Challenges and perspectives on the EU association of Serbia.

•         Dobrivoje Lale Eric, Centre for Promotion of Science (under the Ministry of Environmental Protection of Serbia:  TeRIFFICA, Horizon 2020

•         Zaklina Zivkovic, Young Researchers of Serbia, Presentation of the project Polekol / The Right for water, Clear Waters of Serbia

Zamurović: Urban and Natural are not at War

This website uses cookies to improve your experience while you navigate through the website. Out of these, the cookies that are categorized as necessary are stored on your browser as they are essential for the working of basic functionalities of the website. We also use third-party cookies that help us analyze and understand how you use this website. These cookies will be stored in your browser only with your consent. You also have the option to opt-out of these cookies. But opting out of some of these cookies may affect your browsing experience.
Necessary Always Enabled

Performance cookies are used to understand and analyze the key performance indexes of the website which helps in delivering a better user experience for the visitors.

Analytical cookies are used to understand how visitors interact with the website. These cookies help provide information on metrics the number of visitors, bounce rate, traffic source, etc.

Advertisement cookies are used to provide visitors with relevant ads and marketing campaigns. These cookies track visitors across websites and collect information to provide customized ads.

Other uncategorized cookies are those that are being analyzed and have not been classified into a category as yet.